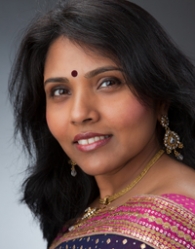 Two-time Yoni Ki Baat participant, Rituja is a mother of two, 8 and 13 yr old kids. She says she is from a family of simple, strong women who have empowered themselves and those around them, and of parents who enjoyed parenting.She divides her hectic schedule between a demanding job as a software developer, family and nurturing YKB participants.

Trained as a lawyer and working as a software professional for the past 10 years, she looks forward to new creative, fulfilling journeys ahead. She loves folk music, and her soul moves to the drumbeats at Ganesh Puja.

I am extremely humbled to be a part of Yoni Ki Baat 2012. My journey with YKB started in 2009, when a friend invited me to see the show. I was enthralled by the raw power, the energy and the naked truth of the stories. I felt like I had found something that I wanted to be a part of. I subsequently became a participant in YKB 2010 and 2011. We have started our journey towards YKB 2012. It is already proving to be an enriching journey. We hope you can join us!