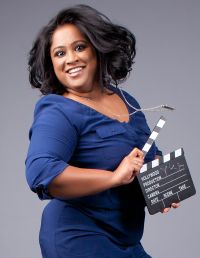 Sangeeta Naidu, known as Geeta to her friends and family, is a military brat that calls Seattle her post. She has lived all over the world from London, U.K., Anchorage, Alaska to Varanasi, India. She's seen sorrow and happiness equally. She's lived (and danced) a million lives, lived them to the fullest and looks forward to the adventures that await her.

Geeta participated in the 2009 YKB, where she met 10 amazing women that changed her life. That experience was a new birth for her. After that, she traveled the world, started dancing again, and found true love.

She is currently the Founder and Artistic Director of Afsaana Dance, a place to tell your story. Her mission is to finally define Bollywood dance and give dancers creative freedom and confidence to showcase their own personal style. Afsaana is dedicated to bringing out the dancer in all of us.

Geeta is honored to be the 2013 YKB Co-Director. 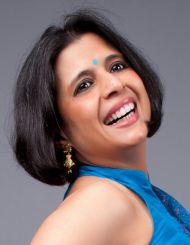 Meenakshi Rishi was born in bustling Bombay, was raised in delightful Delhi, and is currently ensconced in scintillating Seattle. Though she moved to the US in 1987 she is at heart a down-market desi Diva. She is, mostly an Associate Professor of Economics, hopefully a supportive spouse, and always a crazy mama.

Meenakshi participated in YKB 2009 and 2010 and considers herself blessed to have met so many awesome women. Her sisters inspire her to hone her passions further and deeper. In 2011, Meenakshi assayed the role of “Meena” in Mother in Another Language that was jointly produced by ReACT and Pratidhwani. Since then she has been involved in a couple of play readings. She has been trying to learn the art of balancing her plate and will gladly share her secrets of success when she does discover them.

When she grows up she would like to see a world without inequity and injustice.

Meenakshi is looking forward to co-directing YKB2013 with her friend and Guru, Sangeeta Naidu. 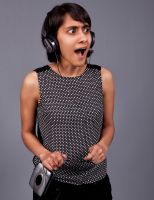 Laughter can cause your stomach to hurt, disrupt normal breathing patterns, and lead to involuntary release of expressions.  Still, it feels so good and we can't get enough of it. Neena loves watching people laugh. When she laughs, she usually loses control of one of her legs and hands. Her right leg stomps on the ground while a fist pounds on whatever or whomever is near. The origins of this disruptive behaviour can be traced to her maternal side of the family. 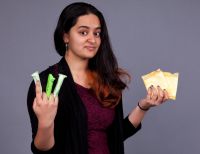 Manpreet is a recent graduate of International Politics who moved back to Seattle. Yoni Ki Baat was a great opportunity to meet some of the city's most amazing women. 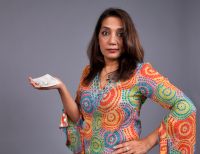 Nanda is an Entrepreneur and loves her work as a Travel Consultant and Event Manger, at her company Creative Journeys.  She is a classical dancer, and completed her Bharatnatyam Arangetram in 2010.  She is a choreographer, and her folk dance group Creative Avataars was launched at YKB 2012. Nanda loves to spend time with her family, and creating crafts projects, exercising, reading, traveling, but above all she is passionate about dance – all kinds of dance. 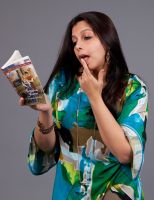 An overactive imagination along with a serious penchant for caricatures has made me seek out amateur theatre as a place of reliving, recreating, redefining myself. Armed with a Masters in Eng Lit , a broom, and a spatula...I have been the official caretaker of the Ganguly household along with my trusted custodian of 21 years, Dr. Kunal Ganguly. Sharing our roof and heart are ....three teenage mutant Gangulys....who are the center of my existence. YKB 2013 has been my own journey towards self discovery, which was gratifying, humbling, joyous and fulfilling in a lot of ways. 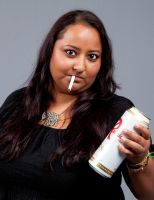 Ashika Chand is the epitome of  East meets West. She has lived in the Puget Sound area her entire life. Her family of Indian origin came to North America from the Fiji Islands in the mid-70's. Then when she was only 4 years old her mother married a redneck from Bremerton named Mike. Growing up in a mixture of rich culture and broken down cars in the backyard has sculpted her story to be truly unique. 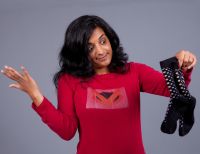 Nitya is happy to have formed friendships with 10 amazing Indian women through the process of YKB. Knowing these women have helped her stay true to herself so she can laugh, create and think with authenticity. 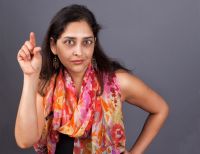 Born and raised in Pune, Sudeshna always wanted to travel and experience new things and moved to the US just to do that. She dreams of becoming a successful writer which will help pay for her exotic vacations around the world. Until then, she is working as a User Experience designer, which allows her to express her creativity. She loves to take her kids to her two most favorite places- the library and the mountains around Seattle. Her husband lovingly supports her in all her endeavors.Sudeshna is looking forward to sharing her experience from this special journey she has taken with her Yoni sisters. 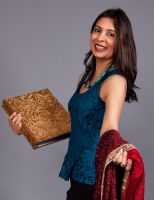 The Northwest  has been my home for the past 15 years and I love it! I am fascinated by Psychology and the human condition. It gives me an insight into human behavior and why people do the things they do! Habits, attitudes, values or the lack thereof intrigue me! I enjoy Interior design and have a penchant for organization. One day, I would love to fix up a house or Help fix a mind in turmoil. Either ways, it would put the house in order! What keeps my sanity in check is Music, Historical fiction and dogs- could've been one in my previous life..Because in this life I'm a bitch. 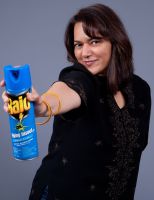 Alpa is extremely proud to be part of the Yoni ki Baat troupe of 2013.  Alpa moved to Seattle 16 years ago via Phoenix and Dubai.  An avid traveler, she loves to soak up different cultures.  Humor and love are the driving forces of her life.  She is lucky to be born into a loving and caring family, inherit a wonderful sister-in-law and mother-in-law, be an aunt to three amazing kids, marry a doting husband, and find the most awesome friends. She loves improvisational theater and is currently brushing up her improv skills at Improv Odyssey. Alpa wishes to thank her family, her improv instructor Gary Schwartz, her directors and sisters from YKB and, most importantly, her husband.